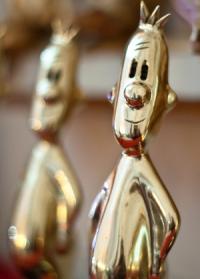 Anca Miruna Lazarescu was present at the Gala that took place on March 26th in Bucharest at Platinum Business Center, and was the proud winner of both awards she was nominated for.