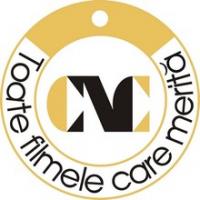 Short film Solitudes, is a French-Romanian short film about two Romanians living in Paris. The film is written by Alexandra Badea and will be directed Liova Jedlicki.